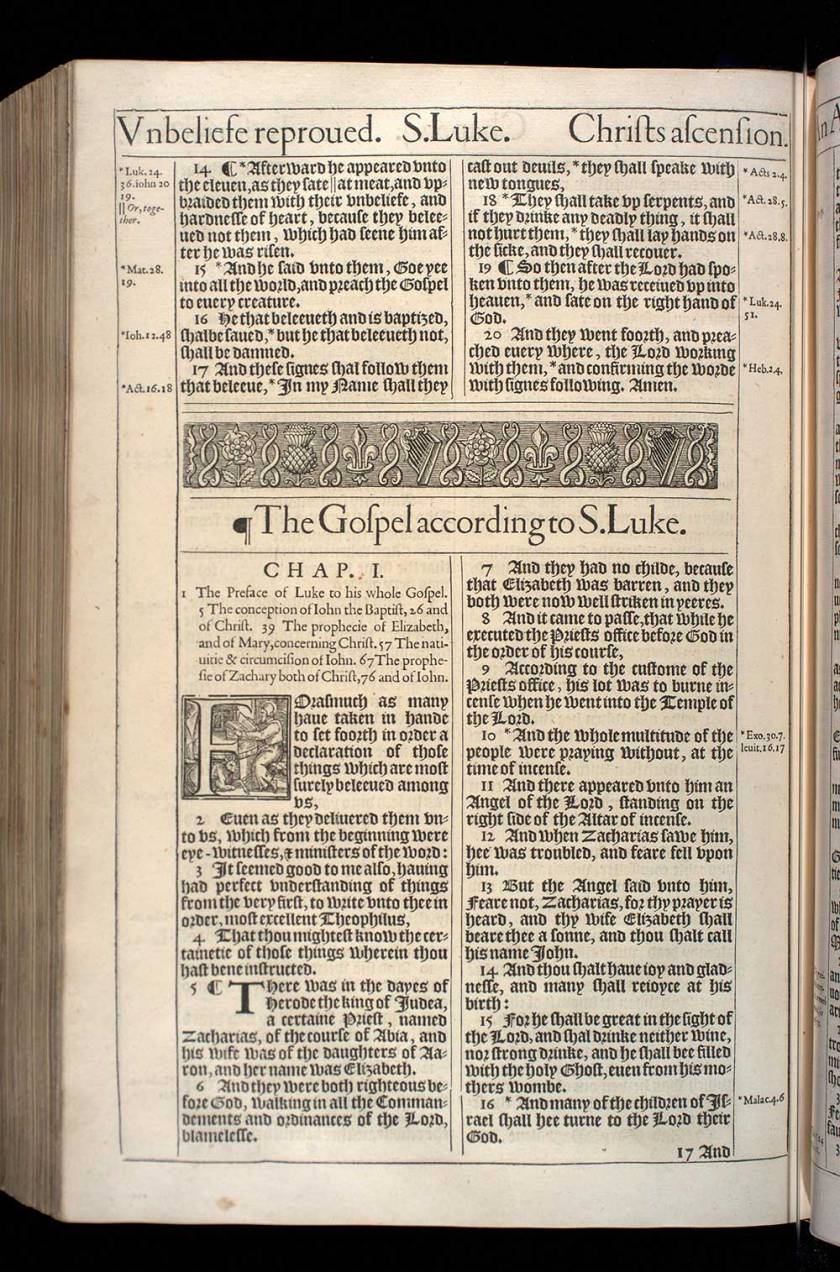 Series of Teachings based on Luke’s First Treatise to Theophilus: Part Two

In the words of Luke, Jesus is sent to establish redemption for Israel. Luke makes it clear that Jesus is sent to Israel according to all that the prophets spoke about the Messiah of the house of David that would establish a reign of righteousness; Luke abounds in details about Jesus’ mission to Israel,

And hath raised up a horn of salvation for us in the house of his servant David; 70As he spake by the mouth of his holy prophets, which have been since the world began: 71That we should be saved from our enemies, and from the hand of all that hate us; (1:69-71)

For unto you is born this day in the city of David a Saviour, which is Christ the Lord. (2:11)

And, behold, there was a man in Jerusalem, whose name was Simeon; and the same man was just and devout, waiting for the consolation of Israel: and the Holy Ghost was upon him. (2:25)

Whose fan is in his hand, and he will thoroughly purge his floor, and will gather the wheat into his garner; but the chaff he will burn with fire unquenchable. (3:17)

The work of redemption, however, though presented with a political emphasis by the nature of the continuity of the reign of the house of David, is actually a prophetic and spiritual work because it demands individual and collective repentance, repentance without which the Kingdom of God cannot be established; the work of redemption consists in man’s attitude of turning to God. Luke describes how that work began in the fifteenth year of Tiberius Caesar’s empire, by the Lord’s word about John:

And he came into all the country about Jordan, preaching the baptism of repentance for the remission of sins; (3:3)

Luke takes time to define what the work of redemption consists of.

The work of redemption is a prophetic work, it is the fulfillment of all the words with which the ancient prophets admonished Israel; it consists in the disposition of man’s heart to settle accounts with the Lord. Luke quotes the word of the prophet Isaiah, and presents it as the foundation of the proclamation of the Gospel of the Kingdom,

As it is written in the book of the words of Esaias the prophet, saying, The voice of one crying in the wilderness, Prepare ye the way of the Lord, make his paths straight. 5Every valley shall be filled, and every mountain and hill shall be brought low; and the crooked shall be made straight, and the rough ways shall be made smooth; 6And all flesh shall see the salvation of God. (3:4-6)

The work of redemption is a call to abandon every attitude of self-sufficiency, and to repent for having turned away from God,

Bring forth therefore fruits worthy of repentance, and begin not to say within yourselves, We have Abraham to our father: for I say unto you, That God is able of these stones to raise up children unto Abraham. (3:8)

The work of redemption is a call to establish the righteousness of God from what is stipulated in the Law of Moses.

He answereth and saith unto them, He that hath two coats, let him impart to him that hath none; and he that hath meat, let him do likewise. (3:11)

The work of redemption is a call to restore the righteousness and integrity of the person according to the design under which he was formed, in the image and likeness of God.

And he said unto them, Exact no more than that which is appointed you. (3:13)

The work of redemption is a call to recognize the sovereignty of God, and to leave in His hands every operation of vengeance; He who makes one stand or causes one to fall, according to one’s relationship with God,

And the soldiers likewise demanded of him, saying, And what shall we do? And he said unto them, Do violence to no man, neither accuse any falsely; and be content with your wages. (3:14)

Notice the parity of the teaching that Luke compiles with the teachings of other contemporary writers, thus showing how the doctrine of Jesus had been established uniformly in all regions.

Who art thou that judgest another man’s servant? to his own master he standeth or falleth. Yea, he shall be holden up: for God is able to make him stand. Romans 14:4

There is one lawgiver, who is able to save and to destroy: who art thou that judgest another? James 4:12

The parity of teachings demonstrates the value of the call to recognize God’s sovereignty, and to abandon all pro-right activity to provoke selfish results.

Luke has taken care to break down all these introductory details, most of them well known to Theophilus because they were part of the good news of great joy with which the pleasing year of the Lord began to be proclaimed.

What happened in Bethlehem (Belen) the night of the birth of Jesus was not transcendental only because of the mobilization of many people provoked by the census of Augustus Caesar, it was even more so because of everything that the shepherds told about the manifestation of angels that they saw: And all they that heard it wondered at those things which were told them by the shepherds.(2:18); Bethlehem was shocked by this testimony, and as soon as the people began to return to their places of residence, the news became the good tidings of great joy that reached all the inhabited parts within the limits of the Roman Empire, and lasted as the antecedent of the gospel until the beginning of the rabbinical ministry of Jesus.

The presence of Simeon and Anna, characters without any notoriety before the people but who identified Jesus as the salvation of Israel, is important because it constitutes the first testimony about Jesus in the Temple, especially because it was a day of rest.

And, behold, there was a man in Jerusalem, whose name was Simeon; and the same man was just and devout, waiting for the consolation of Israel: and the Holy Ghost was upon him…   27And he came by the Spirit into the temple:… (2:25-27)

And there was one Anna, a prophetess, the daughter of Phanuel, of the tribe of Aser: she was of a great age, and had lived with an husband seven years from her virginity…   38And she coming in that instant gave thanks likewise unto the Lord, and spake of him to all them that looked for redemption in Jerusalem. (2:36-38)

These events caused a pre-fame of Jesus to be established throughout Jerusalem. The fact is important not only for his mother, but for all of Jerusalem because Jesus was no stranger when He began His ministry. The whole Jerusalem knew of Him. There is no doubt that Nicodemus is one of many who has closely followed the development of Jesus’ growth.

What happened to Jesus in the Temple at the age of twelve, the following week after the conclusion of the solemn feast of Pesach (Passover lamb), is the testimony that Jesus understands his mission of redemption, for it is in that solemn feast that He twenty-one years later would give His life, fulfilling the prophetic word of John when He said: Behold the Lamb of God, who takes away the sin of the world.

And it came to pass, that after three days they found him in the temple, sitting in the midst of the doctors, both hearing them, and asking them questions. 47And all that heard him were astonished at his understanding and answers. 48And when they saw him, they were amazed: and his mother said unto him, Son, why hast thou thus dealt with us? behold, thy father and I have sought thee sorrowing. 49And he said unto them, How is it that ye sought me? wist ye not that I must be about my Father’s business? (2:46-49)

The story of the devil’s temptations to Jesus is not just a story of “trials” to which Jesus was subjected; it represents the beginning of Jesus’ rabbinical ministry. The temptations are the proofs that Jesus is God (Son of), a man without sin or anything to reproach him, and fit to exercise the priesthood according to the dispositions of Moses:

Neither by the blood of goats and calves, but by his own blood he entered in once into the holy place, having obtained eternal redemption for us. Hebrews 9:12

(For those priests were made without an oath; but this with an oath by him that said unto him, The Lord sware and will not repent, Thou art a priest for ever after the order of Melchisedec:) 22By so much was Jesus made a surety of a better testament. 23And they truly were many priests, because they were not suffered to continue by reason of death: 24But this man, because he continueth ever, hath an unchangeable priesthood. 25Wherefore he is able also to save them to the uttermost that come unto God by him, seeing he ever liveth to make intercession for them. 26For such an high priest became us, who is holy, harmless, undefiled, separate from sinners, and made higher than the heavens; 27Who needeth not daily, as those high priests, to offer up sacrifice, first for his own sins, and then for the people’s: for this he did once, when he offered up himself. 28For the law maketh men high priests which have infirmity; but the word of the oath, which was since the law, maketh the Son, who is consecrated for evermore. Hebrews 7:21-28

Satan’s temptations to Jesus, and victory over him, are the right gained by Jesus to replace Adam and to recover by obedience what Adam lost by disobedience. From this point the recovery of what had been lost begins. (19:10)

Notice how the account of the devil’s temptations to Jesus is linked to the reading of the book of the prophet Isaiah. Luke records the beginning of Jesus’ rabbinical ministry and establishes with the account what messianic work consists of, and what its main purpose is,

The Spirit of the Lord is upon me, because he hath anointed me (Messiah in Hebrew, Christ in Greek) to preach the gospel to the poor; he hath sent me to heal the brokenhearted, to preach deliverance to the captives, and recovering of sight to the blind, to set at liberty them that are bruised, 19To preach the acceptable year of the Lord…    21And he began to say unto them, This day is this scripture fulfilled in your ears. (4:18-21)

And so, Luke concludes by stating that Jesus is the fulfillment of a series of spiritual laws established since the promulgation of the Law, and confirmed by the prophets, that he who is to come comes to restore the order of Creation established in Eden, order disrupted by Adam’s disobedience. Jesus states that the redemption of Adam’s generation consists of and is based on obedience, hence the value of the definition of the Law: Ye shall therefore keep my statutes, and my judgments: which if a man do, he shall live in them: I am the LORD.[1]