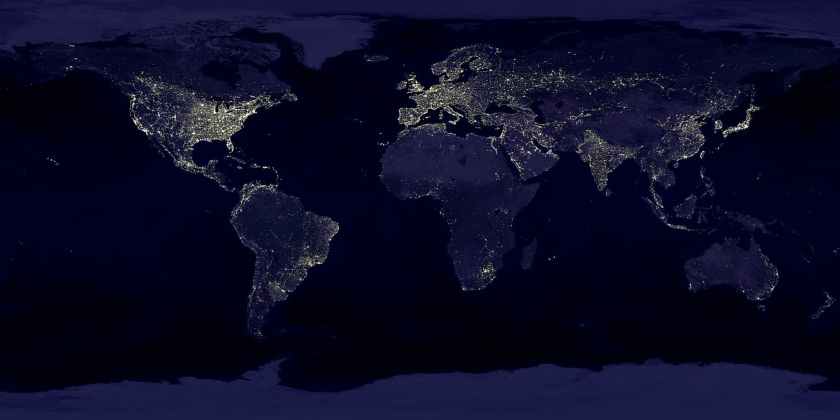 We have all been impacted in recent days by two events that have occupied the headlines of the world’s leading newspapers.

It is somewhat similar to what happened in 2010 with the earthquake in Haiti and with the 33 miners trapped in the San Jose mine, Chile, which also occupied world attention; only this time the protagonists have a common factor: Children.

I am referring, of course, to the approximately 3000 foreign children separated from their parents who entered the United States illegally, and who were taken to different border detention centers; and the recent search for the twelve Thai children who are still inside the Tham Luang cave system, without a possibility of being released because of the rains that have flooded the caves.

Children separated from their parents in the United States who are around 3,000 children, are part of the 2018 migrant viacrucis caravan that crossed Mexican territory, and that began its journey from Chiapas, on the southern border of Mexico , on March 25, 2018.

The 2018 migrant viacrucis caravan arrived at the border with the United States on April 29 to request humanitarian asylum in the face of the violence that exists in their countries of origin.

At first no one paid any attention to it despite the fact that the newswires sought representative people to highlight the transcendental nature of the event, such as the case of Gabriela Hernández, a pregnant mother of two children, who was chosen by her fellow migrants on Monday. Begin the process of seeking asylum in the United States. (Michelle Krupa, CNN, 2018).

However, as the days continued, the situation gained international relevance: the children were separated from their parents and housed in detention centers, including converted warehouses and supermarkets, and kept away from their parents.

The point of greatest international impact occurred when the First Lady of the United States, Melania Trump, criticized this immigration policy, stating that “she hates to see children separated from their families and hopes that both parties can join”. (ABC Internacional, 2018).

On June 23 we received the other impact. Fifty-five days after the first event at the US border, a group of twelve children belonging to a football team along with their coach disappeared in northern Thailand, in a cave called Tham Luang. After nine days of searching, on Monday, July 2, the authorities found their whereabouts, inside the grotto, four kilometers away from the entrance.

Again, as happened with Haiti and Chile, in 2010, which captured the world’s attention, these two facts are directing international attention to the events in these two places.

We are facing a new sign from God to humanity. What do these facts mean?

The coordinates of the border of Tijuana, the busiest site in the case of the caravan viacrucis del migrante, are:

The coordinates of the Tham Luang cave,

If the reader places these two points on a world map, he will see that these two places, as if they were two large square brackets, enclose almost the entire world population. Only the islands of Hawaii, Japan and Australia are left out.

The message that God wants to transmit to us is extremely important, and of a global nature. It is a wake-up call to something that is about to happen that will affect the world’s population. It is an event that will cross from the west to the east, that was the order of events to be developed.

Why are the characters in this signal children?

If you look carefully at the news in the case of migrant children in the United States, and the case of the twelve Thai children, you will see that the age range is exactly the same: 11 to 16 years.

The cave where the Thai children are housed has a curse legend on it. The meaning of his name is “mountain of the sleeping lady”, and was given because of the curse that fell on the place. (Wikipedia, the free encyclopedia, 2018)

God is warning of satanic demands that require children’s lives to position themselves in the whole world. Something similar happened in Egypt at the time of Moses’ birth.

The ministries of liberation have to be ready to act and make spiritual encirclement, satanic demand is strong.

The two events are running parallel, the one will not be resolved without the other. Both will be resolved at the same time. These events are synchronizing the world prophetic clock.

The duration of the rescue of Thai children establishes a measure of prophetic time.