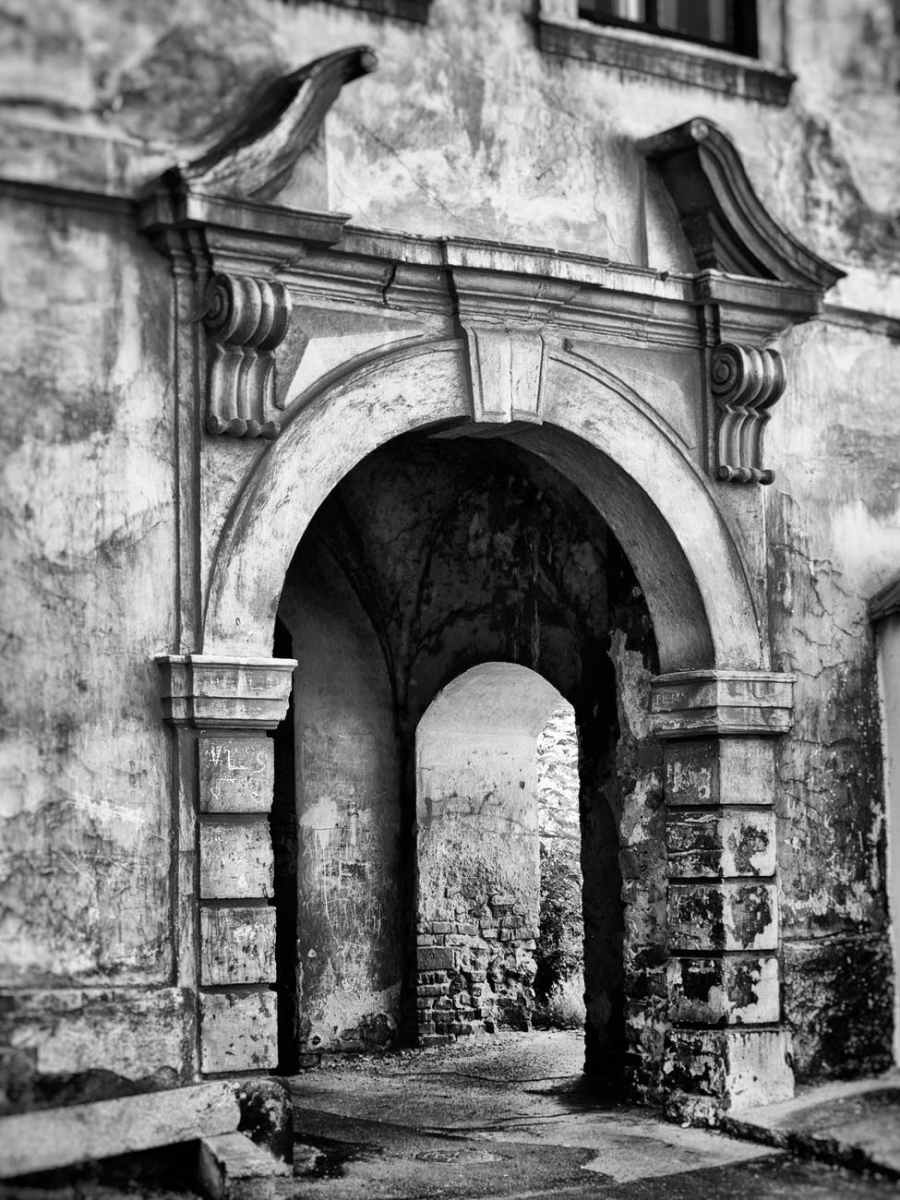 DEFINITION
Legal right is a term used in deliverance and spiritual warfare to refer to the right that Satan obtains to operate within a community of faith.
We say that it is a right, because it is in conformity with the authorization that the children of the faith grant him to operate in his environment.
Satan cannot operate within a community of faith, one that is based on biblical and spiritual principles of the Kingdom of God and His righteousness.
The following texts confirm it:

We know that whosoever is born of God sinneth not; but he that is begotten of God keepeth himself, and that wicked one toucheth him not. 1st. John 5:18
How shall I curse, whom God hath not cursed? Or how shall I defy, whom the LORD hath not defied? Numerous 23:8

He that dwelleth in the secret place of the most High shall abide under the shadow of the Almighty. 2I will say of the LORD, He is my refuge and my fortress: my God; in him will I trust. 3Surely he shall deliver thee from the snare of the fowler, and from the noisome pestilence. Psalm 91:1-3

Example of God’s care about one who lives in the righteousness of the Kingdom is the case of Job, God allowed Satan to touch Job with a limit,

There was a man in the land of Uz, whose name was Job; and that man was perfect and upright, and one that feared God, and eschewed evil. 2And there were born unto him seven sons and three daughters. 3His substance also was seven thousand sheep, and three thousand camels, and five hundred yoke of oxen, and five hundred she asses, and a very great household; so that this man was the greatest of all the men of the east…
…And the LORD said unto Satan, Hast thou considered my servant Job, that there is none like him in the earth, a perfect and an upright man, one that feareth God, and escheweth evil? 9Then Satan answered the LORD, and said, Doth Job fear God for nought? 10Hast not thou made a hedge about him, and about his house, and about all that he hath on every side? thou hast blessed the work of his hands, and his substance is increased in the land. 11But put forth thine hand now, and touch all that he hath, and he will curse thee to thy face. 12And the LORD said unto Satan, Behold, all that he hath is in thy power; only upon himself put not forth thine hand. So Satan went forth from the presence of the LORD. Job 1:1-12

Another good example of God’s protection over one under the righteousness of the Kingdom is the case of the apostle Peter, the night when Jesus was betrayed by Judas,

And the Lord said, Simon, Simon, behold, Satan hath desired to have you, that he may sift you as wheat: Luke 22:31

All these texts, and examples, show us that ‎Satan ‎has no permission, nor authority, to operate within ‎a ‎community of faith; that if he does it is because ‎the ‎community of ‎faith granted him the right to does it.
The term, legal right, does not appear as such in the biblical ‎text, although it does the explanation that defines its ‎meaning. We review two texts that establish the principle ‎of definition.
THE TEXT OF ISAIAH 49: 24-25

Shall the prey be taken from the mighty, or the lawful captive delivered? 25But thus saith the LORD, Even the captives of the mighty shall be taken away, and the prey of the terrible shall be delivered: for I will contend with him that contendeth with thee, and I will save thy children. Isaiah 49:24,25
The definition emerge from the concept that in the text have the terms, mighty (גִּבּוֹר gibbor); and, lawful captive (שְׁבִי צַדִּיק sebi tsadik).

The first term, (גִּבּוֹר) gibbor, translated into other ‎texts as, strived, powerful, courageous, mighty ‎man of valor, is used to identify someone who in battle ‎defeats another, or who has sufficient courage to ‎confront another.
The term does not necessarily refer to physical strength. In that sense, Gideon and David are mighty,[1] as it is Goliath.[2] In the three referenced cases, it is the same Hebrew word.
The second term, which is the one that concerns us, (שְׁבִי צַדִּיק sebi tsadik), refers to the prey achieved by victory in battle, by right, the prey not taken snatched by force, the prey not taken by deception. The one who took it has the right to stay with her.
The Septuagint translates this part, as,

Will he keep the loot if he wins incorrectly?

This is the definition of legal right. It is a right won, granted by the one who was defeated, and therefore any management cannot be stopped, until the one who delivered the loot recovers it again.
And, we name it, legal right, not because of the “right” action of Satan, because we know that he always acts deceitfully; we name it, legal right, because of the “Righteousness” of the Word under which the community of faith lives. It is legal, because when the people of faith break the covenants of God, by naivety, by accidentally, or by omission, their acts give to Satan legal right to operate within the region.
All the actions of Satan are aimed to provoke the people of God to trespass the limit of the Will and the Purposes of God, so that by doing so, he gets the legal right to operate inside the region.
Verse 25 states that the legal right‎‎ can be broken, ‎and is achieved by confronting Satan again under the ‎same terms of the first time when legal right‎‎ was granted, but this time, establishing the appropriate word that applies to the case treated.
The way to cancel the right granted and to recover what was lost is by amending ‎the action that gave the right to Satan to operate, that is, restoring the value or fame that was contaminated, and restoring the offended person to their original position. Restoring ‎includes humiliation and the confession of the evil committed.

And Zacchaeus stood, and said unto the Lord; Behold, Lord, the half of my goods I give to the poor; and if I have taken anything from any man by false accusation, I restore him fourfold. 9And Jesus said unto him, This day is salvation come to this house, forasmuch as he also is a son of Abraham. 10For the Son of man is come to seek and to save that which was lost. Luke 19:8-10
But this is a people robbed and spoiled; they are all of them snared in holes, and they are hid in prison houses: they are for a prey, and none delivereth; for a spoil, and none saith, Restore. Isaiah 42:22

And the LORD God said unto the serpent, Because thou hast done this, thou art cursed above all cattle, and above every beast of the field; upon thy belly shalt thou go, and dust shalt thou eat all the days of thy life: Genesis 3:14
And unto Adam he said, Because thou hast hearkened unto the voice of thy wife, and hast eaten of the tree, of which I commanded thee, saying, Thou shalt not eat of it: cursed is the ground for thy sake; in sorrow shalt thou eat of it all the days of thy life; 18Thorns also and thistles shall it bring forth to thee; and thou shalt eat the herb of the field; 19In the sweat of thy face shalt thou eat bread, till thou return unto the ground; for out of it wast thou taken: for dust thou art, and unto dust shalt thou return. Genesis 3:17-19

The definition of legal right is present in the combination of texts and in the comparison of the words directed, to the serpent, and to man.
Let’s look closely at the text. Observe that to the ‎serpent, representative of Satan, the words directed to ‎her are, dust you will eat. While to the man is remembered ‎to him, for dust you are, and due he has sinned, sooner or ‎later, to the dust you’ll come back.
What does the serpent feed on? What does Satan feed on? Look for the answer in the text, the serpent eat ‎dust, and the man is dust. Is clear, Satan feeds on what man gives him, permits or granted.
Legal right is the authorization that the man of ‎faith grants to Satan to operate within his community, ‎and of course, with the right to alter all his activity. And we ‎emphasize, a man of faith, because as we pointed out at ‎the beginning of the topic, it is the only community where ‎Satan does not have permission to operate.
Speak of legal right in an unbeliever, in an impious, in an atheist, in an unborn one of the Grace of the Lord is inconceivable, because they are within the kingdom of darkness, and Satan has free operation with them.
The legal right in matter of deliverance and casting out ‎demons explains how Satan has taken territories, and has ‎established in them his government of evil, and why people of faith has not been able to expelled him from there.‎
It is not for absence of authority, but for the right to ‎operate that the community of faith gave him in the ‎moment that by accidentally, by naiveté or by omission ‎transgressed the Will of God in aspects of Justice of the ‎Kingdom.
Now, it is important to point out that ‎the ‎faith ‎communities of a place, or a region, are the ‎only ‎ones ‎responsible for what happens in their region.‎
Based ‎on ‎the text of Genesis 4:9, ‎where ‎Cain ‎himself ‎disassociates ‎as guardian of his ‎brother ‎Abel, ‎we ‎understand that the ‎only ones ‎who ‎have ‎the ‎responsibility to be guardians of ‎their ‎brethren ‎are ‎the ‎people of faith, and that, for their ‎nature.

We invite you to review our published books, and to acquire them in printed format, or in electronic format.